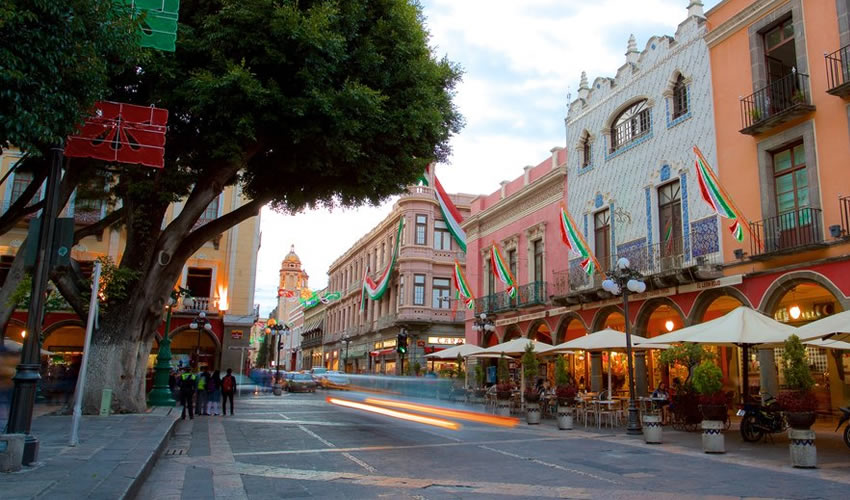 Puebla is a unique city with a rich cultural heritage and interesting history.

Located on the east side of two volcanoes, Popocatepetl and Iztaccihuatl, and a short two-hour drive from Mexico City, you’ll find Puebla, Mexico’s fourth-largest city.

Puebla is one of our favorite cities in Mexico for many reasons, vibrant colorful streets, Baroque architecture, and the beauty of the Zocalo come to mind, but the mouthwatering Poblano cuisine is at the top of the list.

Visit and explore Puebla City on your next Mexico trip!