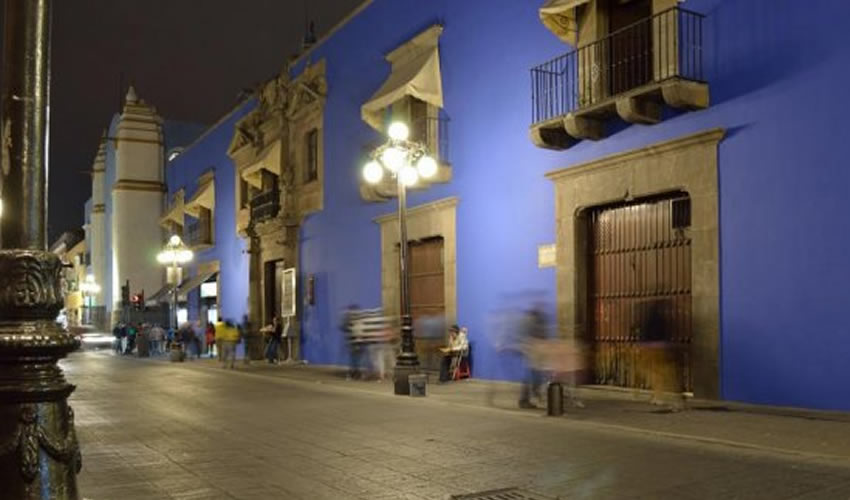 The Dean’s house is a historic building in the city of Puebla, which dates from the year 1563 but was occupied in 1580 (the date that is engraved on the lintel of the upper floor window).

Its name comes from the position of its first owner and builder, Tomás de la Plaza y Goes, dean of the Puebla Cathedral.

According to the National Institute of Anthropology and History (INAH), an institution that protects and manages the building that is now a museum, the Dean’s house is “a magnificent example of what some of the mansions were in the first century of life of the City of Puebla.

“The Dean’s house is considered the first civil construction in the city, and it has even been called” The Sistine Chapel of the New World”.

Currently, only its Mannerist façade is preserved, hallway, entrance hall, patio, staircase, two rooms on the ground floor, and two on the upper floor.

Facade of the Casa del Deán

In the upper part of the facade, you can still see a date: 1580, which makes this house one of the oldest still preserved in the city.

Inside there are unique murals from the 16th century that show the interest of its builder in the ideas of the Renaissance and that were saved from destruction between 1953 and 1954.

Although unique 16th-century murals had been known to exist in this house since 1923, this was no reason to prevent the property from being sold in 1953 to build a cinema.

Currently, inside the Dean’s house, it is possible to find two rooms adorned with murals made by indigenous Tlacuilos, mainly from the Mixtecos, Tlaxcalans, and Cholultecos.

The first represents the sibyls, women who received from the god Apollo the gift of fortune-telling. The second is located in the bedroom of Don Tomás de la Plaza; it is called of the Triumphs.

According to the inscription found in the second room, the murals were found by Efraín Castro Morales and David Bravo Cid on October 12, 1953 “under wallpaper and several layers of lime paint”.

It is said that what saved these murals was their publication in the book Historia del Arte Hispanoamericano by Salvat, in Spain.

The restoration was directed by Hermilo Jiménez, although there is doubt that strict criteria were followed.

These paintings made under the direction of their owner, a cultured clergyman steeped in the Renaissance spirit, are one of the few examples of syncretic ornamentation in a building neither ecclesiastical nor conventual.

But civil, although not public, where tradition Hellenic-Roman of the already Christianized sibyls and the one from the end of the Middle Ages, as seen in the Trionfi of Petrarca, joins with the autochthonous imagery originating the culture of New Spain.

Mural paintings in the Viceroyalty of New Spain, a classification in which we can classify these murals, can be classified as:

The art historian Antonio Molero affirms that the cover of the Casa de Deán served as a space for rehearsal or experimentation of the forms that would later be reproduced in the Cathedral.