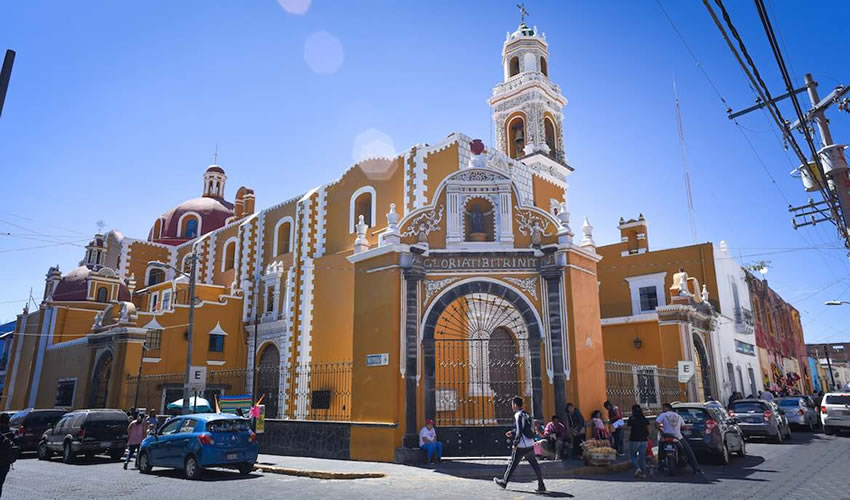 This convent and its temple occupied two entire blocks and date back to 1629. This is one of the most besieged constructions in all the war conflicts that the city suffered since it had a strategic position and defended the south and west entrances of the city.

The main one dates from the 17th century and is made up of two bodies and a finial, adorned with Doric-style pilasters and niches that house magnificent sculptures.

In the upper part, there is a central relief made of marble where “The vision of Saint Augustine” is represented, where the saint is seen prostrate on his knees and helped by a pair of angels.

The side portal is Herrerian style and has a more sober style than the main one. In the pediment that is broken, the Augustinian shield can be distinguished, which is a heart pierced by two arrows that symbolize the divine love that burned in Saint Augustine.

It has a cross plan and its dome is reminiscent of Byzantine-style domes.

Inside, the beautiful sculpture of San Nicolás Tolentino located in one of the side chapels stands out.