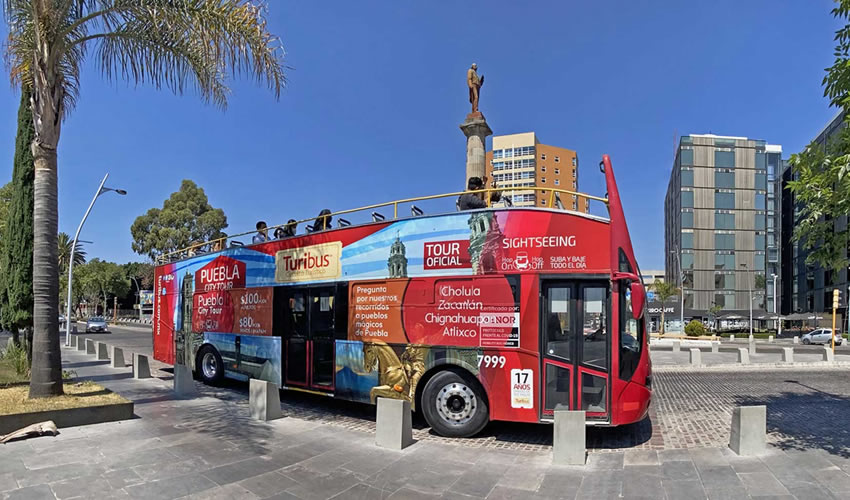 Fall in love with Puebla again and again! The best tour to get to know Puebla’s history, culture, and tradition. Explore the most remarkable spots of the city, which are all part of its identity.

A perfect mix of past, present, and future. The best tour to get to know Puebla’s history, culture, and tradition. Explore the most remarkable spots of the city, which are all part of its identity.

Tour Puebla City’s most noteworthy areas on our “hop-on-hop-off” routes. Get on and off the bus as many times as you wish throughout the day. Check out the city’s coolest attractions and places. For a few hours, experience the city like a local.

One day Turitours’ excursions from Puebla