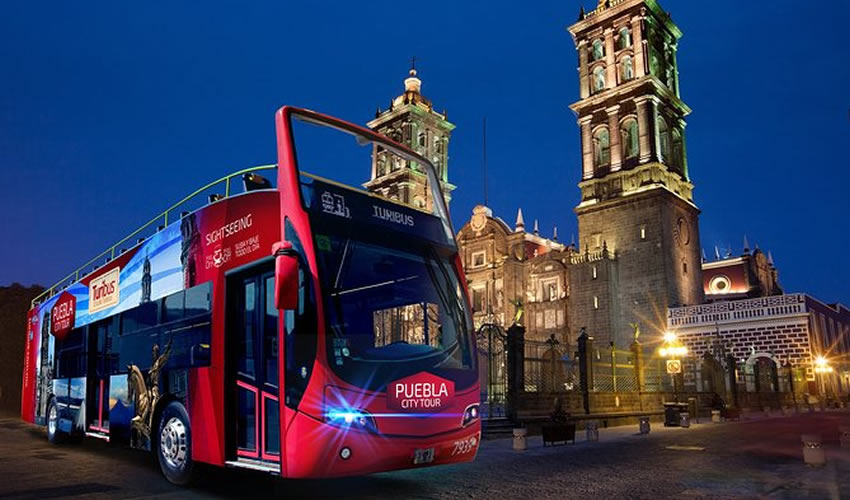 How to spend 24 hours in Puebla City?

Puebla is still a little bit less visited destination than Mexico City or Oaxaca, and the absence of tourists is part of its easy-going, authentic charm. It is always nice to visit Puebla. Visit its Historic Center that since colonial times rivaled Mexico City.

Puebla City was originally built by the Spanish, close to the pre-Columbian town of Cholula.

Puebla is known for its original source of “Mole Poblano” (chocolate-chili sauce), as well as for its colorful Talavera tiles and pottery, an abundance of vibrant churches, and its UNESCO-listed “Centro Histórico” (“Historic Center”), a great place to discover on foot.

Don’t miss the opportunity to walk around the center of Puebla, it is full of beautiful and colorful buildings, lavish temples and chapels, markets, and green squares.

Things to do in Puebla

Explore the Centro Histórico on foot, starting at Parian Market (daily), which sells everything from knitted cacti to traditional sweets. Grab a bench at Barrio del Artista (“Artist Quarter”) and watch locals painting in bold colors.

Stop at the shop at the Museo de la Talavera Poblana Armando or do a factory tour to see handmade ceramic tiles, vases, pots, and dishes. You’ll also find Talavera workshops on the streets nearby.

Then walk along Callejón de Los Sapos (“Alley of the Frogs”), browsing the antique shops and flea markets.

Detour to Museo Amparo, filled with pre-Columbian artifacts, from Aztec to Zapotec, and Mexican art. It has a great roof terrace.

Also, visit the Palafoxiana Library, founded in 1646 and recognized by UNESCO as the oldest public library in the Americas.

Across the street, dominating the Zócalo, is the Catedral de Puebla, Mexico’s second-largest cathedral. Go inside to see its ornate chapels.

Soak up life on the Zócalo before walking along with Cinco de Mayo to Baroque masterpiece Capilla del Rosario, which has a section decked out in gold.

Visit the area of the forts of Loreto and Guadalupe is of great historical value – this was the scene of the historic battle of 5 May 1862, when the French army was defeated. It’s great to walk around the monuments, tunnels, and museums.

You also can ride the cable car for views over the city to Popocatépetl.

In the evening, join locals hurling abuse at Lucha Libre wrestlers at Arena Puebla. If it’s closed, you can still see luchador masks being made nearby.

For dinner, seek out “chiles en nogada” (meat-stuffed poblano chillis with a creamy sauce) at restaurants around the Zócalo. Finish with drinks at one of the square’s rooftop bars.

Where to go near Puebla?

If you stay another day at least, head out to the International Museum of the Baroque (a 20-minute taxi/bus ride from the Zócalo).

In the afternoon, visit a market, such as Cinco de Mayo, to sample dishes like mole poblano or nopales (cactus) stuffed into blue corn tortillas.

It’s also worth staying in Puebla long enough to take a trip to Cholula on the Puebla-Cholula tourist train.

Once there, climb to the 16th century Iglesia de Nuestra Señora de Los Remedios, which sits on a hill that’s actually the massive hidden Great Pyramid of Cholula, dating from the third century BC.

Enjoy views of the town and Popocatépetl volcano.