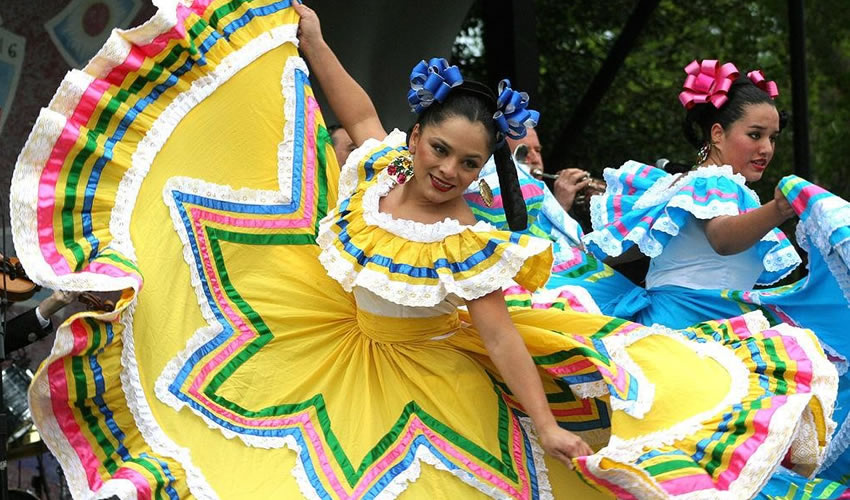 Festivals and traditions in Puebla State

Puebla is one of the richest states in terms of festivals and celebrations. Some of them stand out from the rest due to their authenticity and the cultural and family value they exert on the populations, making this state an important provider of the nation’s intangible heritage.

Here we will mention those that, due to their particularity, have become one of the most popular for both the people of Puebla and the visitors.

Throughout the national territory, the celebration of carnivals is very diverse, there are many versions, and they mark the beginning of Lent, a religious event. Puebla has its own version, which can take place from mid-February to early March of each year and is known as the Huejotzingo Carnival.

The town of Huejotzingo is dressed in colors, sounds, and smells to celebrate with a large sample of dancers grouped in “comparsas” or battalions originating from each of the city’s neighborhoods.

They parade through the main streets wearing impressive costumes that the participants themselves make in an artisanal way, the hubbub increases with the interpretation of 3 of the most important events for their community:

You can taste typical dishes and drinks in a gastronomic and craft show.

Mexico has a great pre-Hispanic legacy, which invites to relive some of the most important practices of its ancestors, as happens in Puebla in the celebration of Spring Equinox in Cholula.

In mid-March at the beginning of spring, on the day when time runs slower, Cholula becomes a meeting point for a large number of people who come to receive part of the energy that overflows due to the astronomical event, where pre-Hispanic dances and rituals are also contemplated and it gives the opportunity to visit one of the magical towns of Mexico.

The fairs are one of the most popular festivities throughout the country, they can be in honor of an important date, a religious event or even to highlight the variety of a product, such as the case of 2 of the most important fairs in Puebla, that takes place in 2 magical towns in the northern mountains that are among the most visited the Apple Fair in Zacatlán

This fair is unique in its kind and takes place in mid-August, in it the fruit growers of the region organize events to increase interest in the natural products they produce, one of the most outstanding in the area is the apple.

You can find a wide variety of products that are derived from the main one, ranging from jellies, liqueurs, bread, preserves, among many other things. During this festivity, concerts, dances, cultural activities, conferences, and others are held so that the person who attends spends a very pleasant moment enjoying all the diversity.

Tree and Sphere Fair in Chignahuapan

At the end of October and the beginning of November, the magical town of eternal Christmas organizes a great fair to market Christmas products resulting from the work of people such as Christmas trees and spheres that are made by hand throughout the year just for the season.

The atmosphere is full of parties, artistic shows, gastronomic samples, among many other events.

Day of the Dead in Huaquechula

Finally, one of the most important festivals in Mexico known internationally is the Day of the Dead which takes place on November 1 and 2 each year and is celebrated everywhere in Puebla, but in a very special way in a town.

Huaquechula (a small population, located in the west-central part of the State of Puebla) takes very seriously the celebration of their deceased, each year in a unique and memorable way.

People make beautiful monumental altars of up to 4 levels, which receive the souls of their loved ones with a great banquet of what in life was his favorite food. These works of art can be visited by anyone where the host will receive them with great enthusiasm and pride, offering the traditional taquito so that they can continue their pilgrimage as visitors.

Without a doubt, a place of very important cultural value for Puebla.

Apple Fair in Zacatlán , Day of the Dead in Huaquechula , Huejotzingo Carnival , Spring Equinox in Cholula , Tree and Sphere Fair in Chignahuapan

Read related categories for more information:
Traditions & Customs
Use these tags to read more related posts and reviews:
Apple Fair in Zacatlán , Day of the Dead in Huaquechula , Huejotzingo Carnival , Spring Equinox in Cholula , Tree and Sphere Fair in Chignahuapan