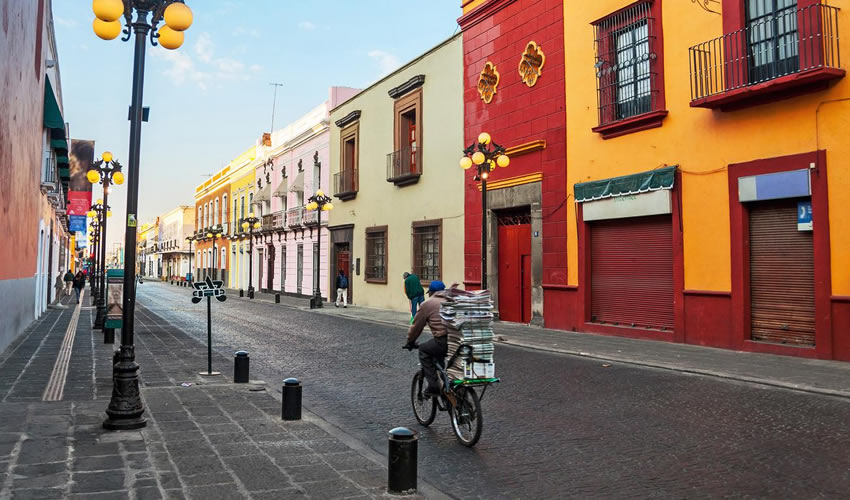 How to get around in Puebla?

Traveling to Puebla from Mexico City by bus

Traveling to Puebla from Mexico City is fairly straightforward via bus.

There are continual bus services between Mexico City and Puebla throughout the day and night both from the TAPO terminal (also known as Terminal Oriente) and from Benito Juarez International Airport.

Buses leave for Puebla approximately every fifteen minutes from TAPO and every 40 minutes or so.

Travel time from TAPO to Puebla’s CAPU is usually around 2 hours, but this time may vary by up to a full hour depending on Mexico City traffic conditions at that time of day.

Getting to Puebla City by air

Buses to and from Puebla City

Buses are also available from many other cities and towns, including Oaxaca, San Cristobal de las Casas, Tuxtla Gutierrez, Cuernavaca, Xalapa, Veracruz, Zacatlán, Cuetzalan, Tlaxcala, Tehuacán, Huamntla, and Juchitan among others, including less frequent services to destinations such as Cancún, Mérida, Puerto Escondido, and Acapulco.

Taxis are naturally more expensive, but in Puebla, they are deemed safer. Negotiating a fare before entering a taxi is normal as the taxis do not carry meters in Puebla. If the driver does not offer you a fare that you like, you can always just wave them off and wait for the next taxi.

At 4 Poniente, there are secure taxis (called Top Driver Express) in which you pay the cashier and not the driver. Secure taxis are also available from CAPU.

Several local buses enter the station, and many others pass within 1-2 blocks. 4 Poniente is a much smaller terminal, though CAPU is relatively easy to navigate as well.

Get around in Puebla

Traveling within Puebla can sometimes be stressful as the local public transportation system is entirely privatized, leading to hundreds of bus routes, none of which are mapped out.

If you know where you are going, you can ask around as to which route will take your destination, but often transfers are necessary for long distances, which can be confusing, especially if you are not familiar with the language.

Safety note about buses: they are generally safe, but they tend to carry pickpockets, especially when crowded. Always have a hand over any bags/backpacks that you have. The buses generally run from about 07:00 to 22:00.