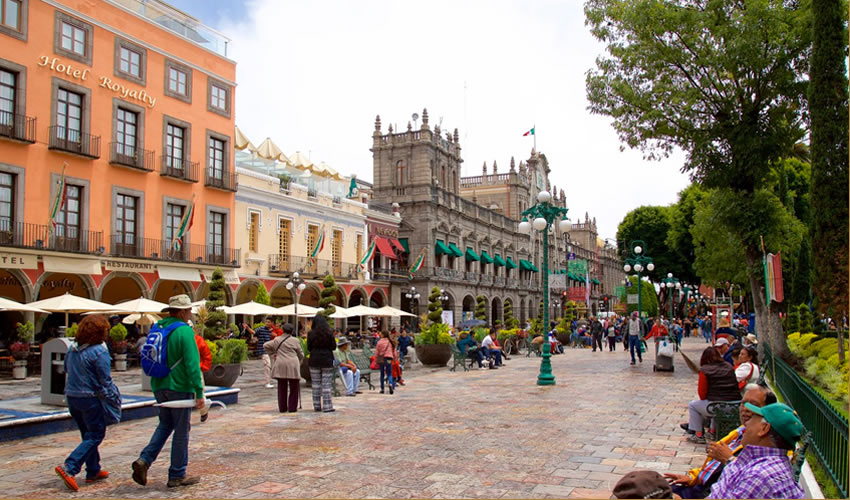 What is Puebla City best known for?

Exclusive boutiques and restored buildings add to the modern melding of worlds both past and present.

But what makes Puebla so special? What is Puebla best famous for?

Puebla was founded on April 16th, 1531 as the first ‘perfect’ city in the Americas; that is, a city built to accommodate only Spaniards.

The Historic Center of Puebla, which is a UNESCO World Heritage Site since 1987, contains 2619 monuments distributed across 391 blocks allocated over 6.9 square kilometers making Puebla the city with the largest number of monuments in the Americas.

Unlike other Mexican cities, the Archive of the City of Puebla preserves unique documents such as the original Royal Charter that establishes its foundation and its Royal Provision, showcasing the famous coat of arms of the city. Because of their importance, the aforementioned documents and many others belonging to the Archive have been inserted in the UNESCO Mexico Memory of the World Register.

Many Relevant historical events have occurred in Puebla; for example, the famous “Battle of Cinco de Mayo” commemorated internationally. This battle took place in 1862 and in it the Mexican army defeated the French army which at the time was considered the strongest of all.

Furthermore, the city is the birthplace of the Mexican Revolution; on November 18th, 1910 the Serdan siblings were attacked at their house by the Mexican government due to their subversive ideas and activities. The revolution movement spread across the country in a matter of days after this attack.

The Talavera from Puebla is one of the few Mexican products with a protected designation of origin. Talavera is a type of ceramic that has been produced without interruption for more than four centuries, making it one of the most important folk art expressions in Mexico.

The Palafoxian Library is considered the oldest library in the Americas with an intact collection and where the building and all the shelves and furniture are original. These characteristics lead UNESCO to add the library to its Memory of the World Registry in 2005.

The gastronomy of Puebla is one of the most diverse and exquisite in all of Mexico and even the world. Puebla has provided Mexico with its most traditional dishes: Mole Poblano and Chiles en Nogada.

The Cathedral of Puebla is considered one of the most beautiful cathedrals in the world, in addition to having the tallest towers on the continent. The Cathedral safeguards an important art collection including paintings, sculptures, music compositions, and documents.

Africam Safari is the most important zoo safari in Latin America. Wild animals roam free and make for an unforgettable experience for visitors and locals, encouraging them to love and respect our planet.

La Capilla del Rosario (“The Chapel of the Rosary”) is one of the grandest baroque jewels of the 17th century in Puebla and Mexico. Since the day it opened its doors in 1690, the chapel has been seen as one of a kind due to its symbolism and the quality of its decorations which are lively covered with gold foil.