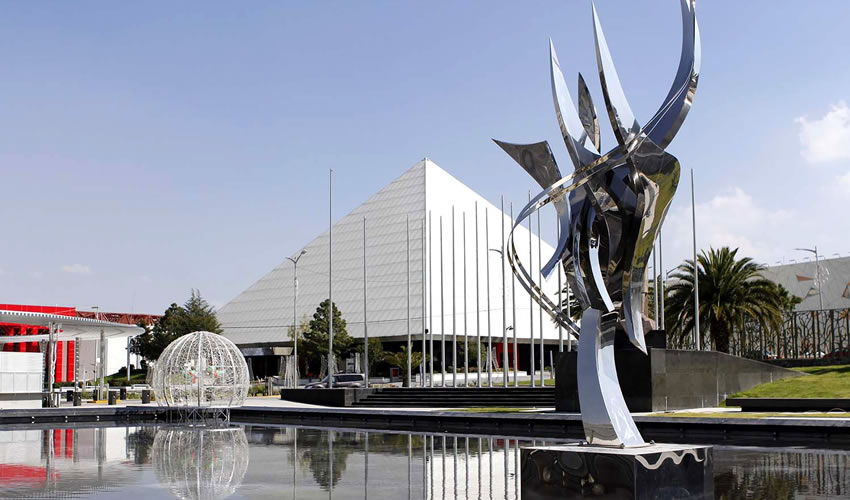 Planetarium simulates a planetarium service station in outer space and offers great entertainment and learning through permanent workshops, interactive games, a star projector, and the OMNIMAX Dome. One of the main objectives of the Planetarium is to promote scientific and technological culture through various activities and all its modern equipment.

History of the Germán Martínez Planetarium

In 1979, the construction of the Planetarium of Puebla «Germán Martínez Hidalgo» began, with a pyramidal metal structure design under which a geodesic was installed that protects the Domo Imax equipment – formerly Omnimax.

The Planetarium opened its doors in February 1985 for dissemination and scientific outreach related to the universe, becoming one of the leading international facilities in terms of technological innovation and the dissemination, dissemination, and promotion of science.

The sphere of stars ceased to function in the mid-1990s, which has prevented this institution from carrying out its primary activity of offering astronomical presentations. Later, in November 2009, the OMNIMAX projection equipment stopped operating, leaving the Planetarium only functioning as a conference room.

For the current administration, the promotion of science, technology, and innovation is a priority and takes on special emphasis in the educational policy of the State. The dissemination and disclosure of science are strategic activities to increase scientific vocations in the entity.

In this context, the government of the State of Puebla has taken on the task of meeting one of the main demands of society: the reopening of one of the most influential and emblematic institutions of the entity: The “Germán Martinez Hidalgo” Planetarium.

Satisfying this demand of Pueblan society is precisely the main objective of this call. Also taking into consideration that a Planetarium is a highly effective instrument for promoting scientific, technological, and innovative culture.

The renovated Planetarium of Puebla will become the flagship space for the development of scientific and technological culture in the State of Puebla, providing recreational and interactive learning spaces where children and adults alike will be able to approach knowledge and advances in an inclusive environment and democratic that includes not only projections but also free lectures for public school students, workshops, astronomical evenings and special programs.

The general objective of the transformation of the Planetarium of Puebla is to promote the appropriation of the scientific and technological culture of the inhabitants of the State of Puebla and the south-central region of the country, through the rehabilitation, equipment, and modernization of the planetarium «Germán Martinez Gentleman”.

Objectives to be achieved with by transformation of the Planetarium